Homage to Antoine de Saint-Exupéry and Le Petit Prince (a.k.a. “what’s up with that snake and elephant?”)

Got this in my news feed, highlights mine.
The question surprised me. 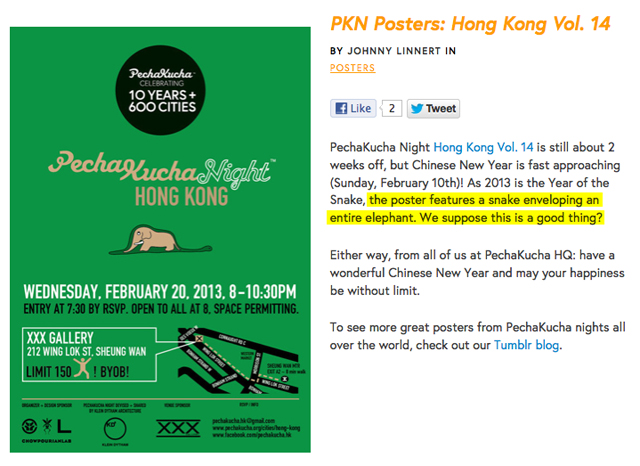 Yes, it is the Year of the Snake and this event falls just after the Chinese New Year break.

The illustration in question is re-drawn from Antoine de Saint-Exupéry’s Le Petit Prince.
I thought this classic was well-known enough among the general public not to need a footnote. (Published 60 years ago and “translated into 250+ languages and dialects” says Wikipedia.)

The elephant is a teaser, it represents back stories to be shared at PechaKucha.

The first version of the poster included both snakes, shown below.
The ‘hat’ had to go when the ’10 Years + 600 Cities’ graphic was added later. 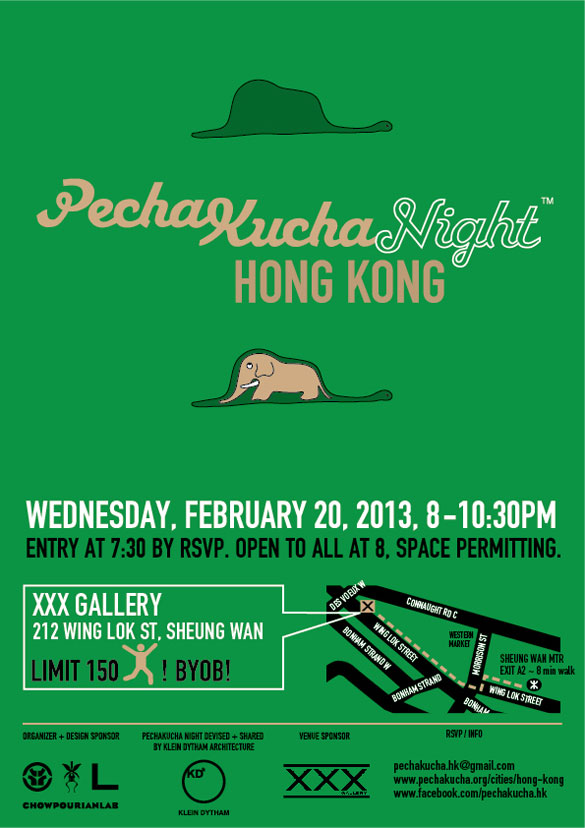