Whether investigating materials, processes, functions or forms, I let the work inform me, both as mentor and muse.

SONIA CHOW is an interdisciplinary designer/artist. Her work interrogates communication and codes, identity, tactile objects and the exploration of process and materials.

Sonia was born and raised in Canada. She has a BDes in Communication Design and a MFA in Interdisciplinary Arts from NSCAD University for which she received the SSHRC Joseph-Armand Bombardier CGS Master’s Scholarship. She was based in Japan from 2002 to 2007, and in Hong Kong from 2007 to 2018.

While in Japan, Sonia was Guest Critic at Musashino Art University’s Department of Scenography, Display and Fashion Design. She also spent 6 weeks in Prague working on streetwear collections for European and North American markets and was a feature writer and weekly style contributor for Nissan Infiniti’s and Microsoft’s year-long design blog “Open for Design” from 2006 to 2007.

In Hong Kong, she was full-time Art Director at Farrells (architect planners) and Philips Design (consumer electronics), as well as Consulting Creative Director of Graphics at HBA / Hirsch Bedner Associates (luxury interiors). She has also served as Guest Critic for the Graduate Urban Design Studio at Chinese University of Hong Kong’s School of Architecture.

From 2012 to 2017, Sonia was the City Organizer of PechaKucha Night Hong Kong, a series of public creative networking events with a signature presentation format of 20 images x 20 seconds, which began in Tokyo as the brainchild of Klein Dytham architecture.

In 2011, Sonia was inducted into the Royal Canadian Academy of Arts. Established in 1880, RCA is the oldest visual arts organisation in Canada and includes more than 30 visual arts disciplines. Sonia joined the Executive Committee and Governing Council as Secretary from 2018 to 2019.

In 2019, Sonia was Director-at-Large for Nocturne: Art at Night, a not-for-profit organization which has been bringing visual art to the streets of Halifax as an annual event since 2008; and in 2021, she joined the Board of Directors of Turret Arts Space, a restoration and reincarnation of the Khyber Building in Halifax into an affordable, inclusive art hub with artist-run centre.

Sonia’s award-winning communication design and furniture has been featured in events, exhibitions and publications in Canada, the US, Japan, Hong Kong, Malaysia, Singapore, Czech Republic, Greece, Germany, Spain, Switzerland and Sweden. This includes ‘Saddle Rocker’ (a minimalist rocking horse for adults and children) and ‘Uni’ (sculpture / lighting / furniture made with a twist on traditional weaving using industrial materials). 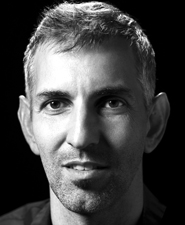 HUSCHANG POURIAN was born and raised in Germany. He has a Bachelor of Design from Hochschule Mannheim (formerly Fachhochschule für Gestaltung), and graduated with a Master of Entrepreneurship, Technology and Innovation from Saint Mary’s University, Sobey School of Business in Halifax, Nova Scotia (Canada). He worked in Japan from 2003 to 2007 and Hong Kong from 2007 to 2018, before moving to Canada in 2018.

He is a Certified Instructor of Media Design (German Chamber of Commerce), worked as Visiting Lecturer and Panel Judge for Entrance Exams at the Design Department of the Beijing Normal University in Zhuhai (China) in 2017 and 2018, and teaches interdisciplinary design part-time at the undergrad and Master’s levels at NSCAD University in Halifax. He taught entrepreneurship as sessional faculty at Mount Saint Vincent University in Winter 2022.

In his role as full-time Design Director of Graphics at the leading international hospitality design firm HBA / Hirsch Bedner Associates Hong Kong from 2015 to 2018, Huschang developed a passionate interest for the hospitality and experience economy. In early 2020, he founded Cape Breton Schoolhouse – Luxury Learning and Development Inc., and is investigating methods of enhancing travel experiences through learning.

—
In 2016 and 2018, Sonia and Huschang designed and built art suites for the ephemeral ICEHOTEL Sweden, 200 km north of the Arctic Circle.
Watch a “making of” video:
Cat’s Cradle: La Petite Mort (6 minutes)
and a short documentary on CBC Arts: The Exhibitionists:
The Tao of Cat (4 minutes)