Ten years ago, the first PechaKucha Night was held in Tokyo. We lived there when it began, and from thereon the last Wednesday of the month was pencilled in with PKN as a default.
The brainchild of Klein Dytham architecture, this event was created to give young designers a platform to show their work and create real live face-to-face networks on a level playing field with established professionals who share the same stage and format: the signature 20 images x 20 seconds.

Happy Anniversary to the PK Mothership! 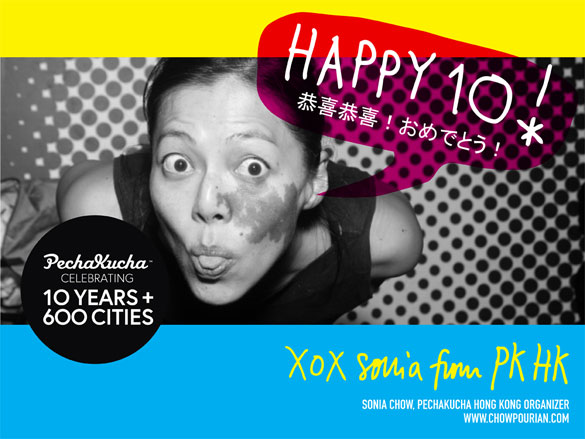